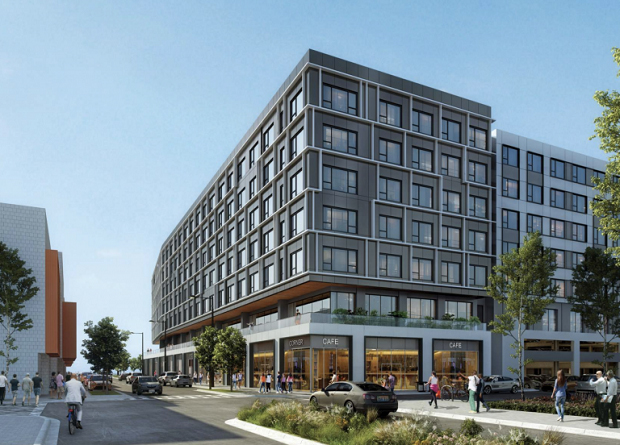 This new apartment building will be seven stories tall and will be shaped like a U.  It will have 356 rental apartment units. The first floor will have a 12,000 square foot retail space on Dickinson Street.  The second floor will have recessed decks and a deck over the parking garage in the middle of the U-shaped building. An amenity space will be on the Dickinson Street side, over the retail space and leading to the recessed decks.  The residential entrance and lobby will, also, be on the Dickinson Street side and the access to the services will be on the Tasker Street side. Dickinson Street will end in a circle at the trail along the Delaware River, which will run all along the waterfront outside the building and the townhouses next door.  New trees will be planted on the east and west sides of the building and a lawn will be next to the river trail. The exterior will have light and dark gray metal panels and trim.