Are New Windows Worth Installing This Winter? 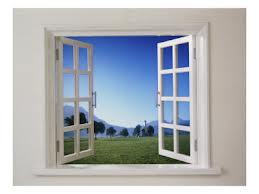 You just bought a home, and now that the weather is cooler, you are feeling every draft. You’re already dealing with mortgage payments, so should you invest in window upgrades as well?

Replacing windows carries a large bill—some estimates range from $8,000 to $24,000, depending on your house as well as the types of windows and casements you invest in. It’s common knowledge that replacing old, drafty windows with modern energy-savers will cut your energy bill, but will that alone cover a five-figure investment?

We scoured reports and spoke with Kerry Haglund of the Efficient Windows Collaborative (they released a window selection tool app for mobile this fall) to help with these decisions.

Let’s start with some basic options. First, there’s how the window opens. Many homes in the U.S. were built with sliding windows that push up to open.

Today there’s also casement windows, which swing outward, usually with a crank. These tend to seal better against the elements.

“Today’s high-performance replacement windows are either made up of dual- or triple-pane windows with the space between the panes filled with either air or an inert gas, such as argon,” Haglund says.

Double-pane windows are usually cheaper than triple. They don’t insulate as well, but the calculations—whether the added expense is worth the extra pane—often come down to specs and preferences for each individual house and homeowner.

If you just want new glass, you may not need to replace the window frames of your house. But if you do, options abound: wood, vinyl and aluminum fiberglass. How to choose?

Consumer Reports found wood to be the most expensive option. Vinyl costs the least and doesn’t need painting, but it has the most limited palette. In the end, vinyl represents a balance of looks versus cost for your house and budget.

Yes, new windows will save you money. You will save money on your energy bills, and it’s a project with a pretty good ROI when it comes time to selling your house. Just don’t expect miracles.

“Newer windows slash energy use in the home by 12.2%,” says a study by the Department of Energy’s Pacific Northwest National Laboratory, released last year. But, “[It] would take anywhere from 23 to 55 years for the reduced energy cost to make up for the increased expense.”

The annual “Cost vs. Value” report from Remodeling magazine found that homeowners who replace their windows with vinyl versions will recoup just over 78% of their investment when they sell. The return hits above 79% for wood versions.

Some of the ROI data remains anecdotal, but it is still worth noting. Also, if you live in an older home, and many houses in your neighborhood have new windows, you might want to replace them so your home remains competitive.

Money aside, there also is something to be said for sitting by a warm fire on a cold winter night—and not feeling the icy chill from drafty windows on your neck.

Read the full article at Realtor.com. 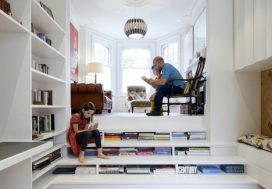 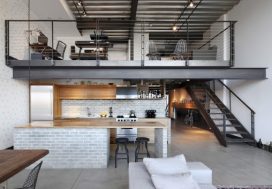 500 Walnut Gets Design Approval Recommendation
“Town Center” at the Long Vacant Corner of Broad and Washington?