Barnes Foundation opens on the Parkway 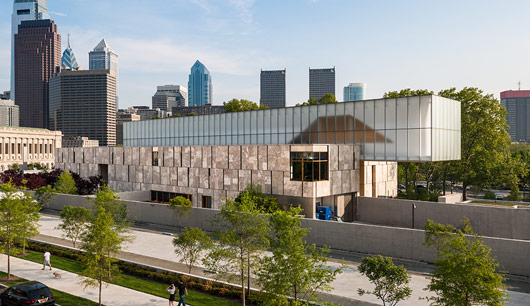 The Barnes Foundation has officially opened up on the Ben Franklin Parkway. The opening was on May 19, with a big celebrity gala the night before. This is the culmination of a decade of efforts to relocate the collection of more than 9,000 works of art from the original location in Merion.

The Barnes collection was compiled by Dr. Albert Barnes over many decades. It has artwork from all over the world, but it is most known for its collection of French Impressionist artwork, the largest collection of such artwork in the United States. This collection is valued at between $6 billion and $25 billion. The collection was housed by Dr. Barnes in his home in the suburb of Merion. He arranged the paintings and sculptures, that he chose to exhibit, on the walls of many of the rooms. The Foundation board decided to move to a new facility in Philadelphia about a decade ago in hopes of attracting more visitors to see the collection. After years of litigation, the museum finally started building that new facility a couple of years ago and has finally completed the move of the vast amount of artwork.

The new building design, by Tod Williams Billie Tsien Architects, was unveiled in October of 2009. It is designed to resemble Dr. Barnes’s home in shape and massing, but has a contemporary design and features that Dr. Barnes’s home could never have. It is about 93,000 square feet (12,000 square feet will be gallery space), and two stories, with an entrance facing 21st Street and the Rodin Museum across the street. The building is covered in Ramon limestone, with traditional looking wooden windows to mimic the light patterns of the original museum. It is designed to be a “gallery in a garden” and to be surrounded by several courtyards and the existing London plane trees that run along the Parkway. There is a large courtyard on the corner of 20th Street and the Parkway, with a modern fountain, and an outdoor cafe on the north side of the building surrounded by a garden. These gardens resemble the gardens and arboretum that Dr. Barnes had around his home. The new gardens and courtyards are intended to encourage contemplation and provide some tranquility from busy city streets. There will, also, be parking on the north side (which I hope will be replaced with an underground garage and plaza when they have the money) and a bus loop on 20th Street.

The most striking feature of the new museum’s design is the glass pavilion on top that will cantilever over the 21st Street entrance. It will allow light into the front lobby, or court, and it will light up at night, creating a unique visual presence on the Parkway. The new museum will have features that the original didn’t, or couldn’t, have. It will have a 150 seat auditorium, classrooms, conservation and research rooms, and a 5,000 square foot special exhibitions gallery.

This is a huge development for the Ben Franklin Parkway and surrounding neighborhoods. With this great new museum, the Ben Franklin Parkway has arguably the largest concentration of fine art on display anywhere in the world! This will make the Parkway a must see for any serious art lover and add to the desirability of the neighborhoods around the Parkway, including CityView. 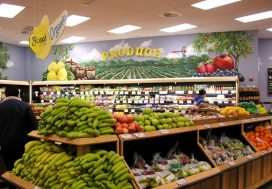 5 Great Benefits of Condo Living
The Sansom in Development