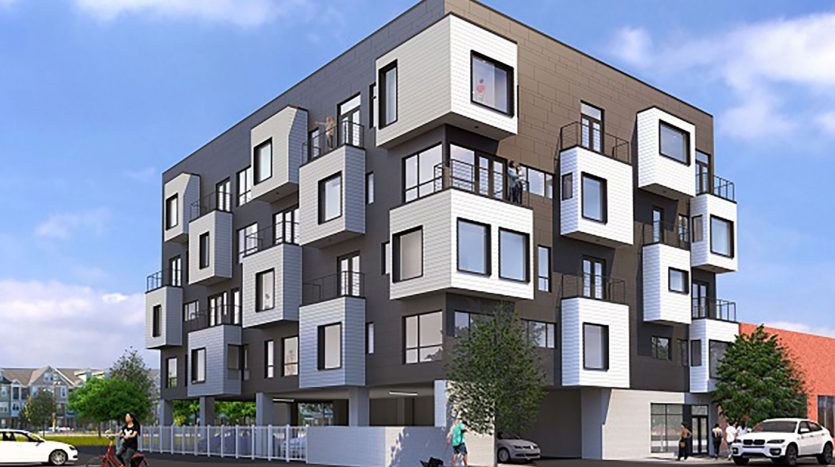 Brewerytown is experiencing several large new developments at the western end of the neighborhood, adjacent to Fairmount Park. Along 31st Street, three large industrial buildings are being renovated into apartments and several new apartment and condo developments are being built, mostly by Westrum Development, which started the redevelopment of the former industrial area along 31st Street some ten years ago with a block of townhouses and duplexes between Thompson and Master Streets. Westrum is building up most of the block between Master and Jefferson Streets, on the west side of 31st Street, with three new apartment buildings. The block still has a large warehouse on West Jefferson Streets, across from the former Red Bell Brewery building which is being renovated into multifamily housing and retail. This large warehouse is about to be demolished and replaced with a new mid-rise apartment building, designed by Coscia Moos Architects.

Brewerytown is going through a dramatic change. As 31st Street continues to develop, Glenwood Avenue is also seeing new development, with the Eastern Lofts apartments and a new school. To the east, several smaller buildings and townhouses are being built and further east, the Blumberg Housing project is being completely rebuilt. Girard Avenue is seeing many new retail establishments opening up and several new multifamily buildings are being built on the avenue near Girard College. The new building at 3120 West Jefferson Street is a small, but complementary, addition to the Brewerytown building boom.