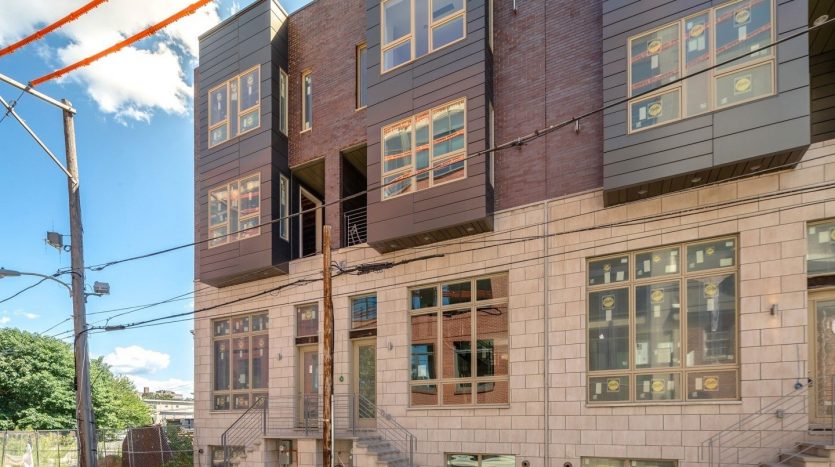 The area south of South Street and east of Broad Street is known as the Hawthorne neighborhood. It has been seeing redevelopment over the years, with a mix of affordable housing and market rate housing. Several new townhouse developments are being built just south of South, along Kater and Bainbridge Streets. Many of these townhouses are luxury market-rate developments, including the new Kater Court Townhomes. Kater Court was started by a previous developer, but is being completed by Bill Vessel and Associates, which bought the properties recently. Phase II and phase III of Kater Court are finishing up, with a model unit open and several other units about to complete construction in the next few months.

Kater Court will have several townhouses along Kater and Bainbridge Streets. Each home will be 4,200 square feet and have two-car parking and elevators. The homes will have three bedrooms, with the third floor being used for the master bedroom and master bathroom, and two large walk-in closets. The top floor will have an indoor lounge and terrace, providing stunning views of Center City or South Philadelphia. There will be three more smaller terraces. The kitchens have Subzero and Wolf appliances standard, as well as, Asko dishwashers and soapstone counters and islands. The bathrooms have Porcelanosa tile, Toto sinks and Duravit toilets and tubs (except the Master bath will have a Waterworks tub). Each unit has GE washers and dryers. The townhouses are for sale for $1,650,000, with a $7,500 credit for custom-built closets.

This area just south of South in Hawthorne has had vacancy for a while, but is finally seeing the development that has been expected for a long time. Several new developments are planned on Broad Street nearby, like new condo towers at Spruce and Pine Streets, a redevelopment of the front of the building that houses the Merriam Theatre, the renovation of the Atlantic office building, and new development on the west side of the block between Lombard and South. At Broad and Washington, Lincoln Square has redeveloped a whole block with new housing and retail and a larger development is planned on the east side of Broad Street. New reasonably-priced townhouses at Kater and Bainbridge Streets is an important step forward for the Hawthorne neighborhood.