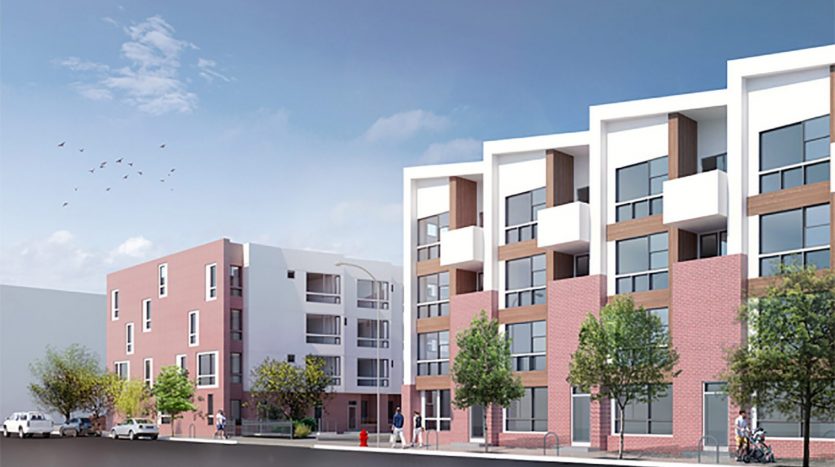 South Kensington has been seeing so much new development in recent years and the neighborhood is changing rapidly.  The gateway into South Kensington from Northern Liberties is along Germantown Avenue and American Street, just north of Girard Avenue and Northern Liberties.  These streets are starting to see large new apartment and commercial developments which are recreating the once blighted, formerly industrial area. American Street is being reimagined with new sidewalks and a planted median down the middle.  One industrial holdout was at a property at 1307 Germantown Avenue, the site of a meat processing plant, which extends to American Street. That property has been bought by developer Streamline to be redeveloped into the kind of mixed-use residential and commercial development that the rest of the gateway into South Kensington is experiencing.  This new development is being designed by Harman Deutsch Ohler Architects.

South Kensington should continue to see this kind of development.  Dozens of similar developments with apartments and commercial space are being built throughout the neighborhood.  Just to the south of this new development at 1307 Germantown Avenue is Liberty Square, a large apartment complex with several buildings, and across Germantown Avenue is another multi-building apartment complex known as Dwell on 2nd.  Several more developments are planned up Germantown Avenue and American Street, and on numbered streets like Second, Third, and Fifth Streets. Industrial uses are becoming less frequent for Kensington properties except for creative workshops.  Residential use with some commercial and creative uses included is becoming very normal for South Kensington nowadays.