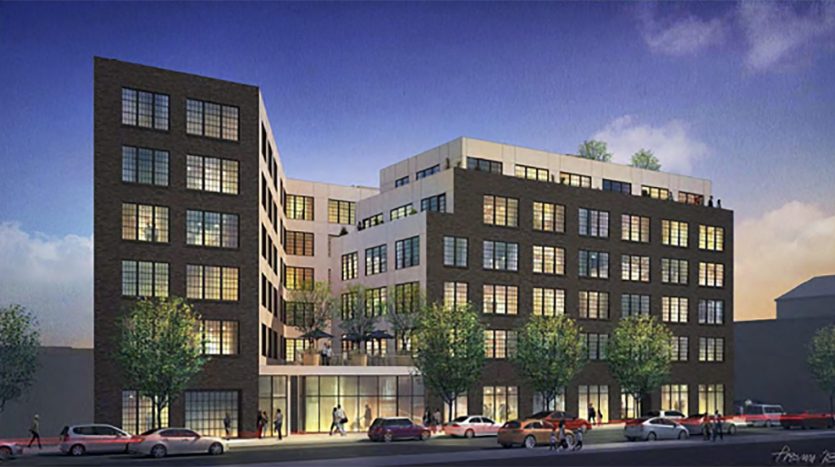 South Kensington continues to develop further north into the neighborhood.  The development includes a large number of apartments, retail spaces, and creative office space.  These developments are mostly new construction buildings with modern designs. Many of them are replacing existing industrial buildings, such as former warehouses and factory buildings.  One site is at 1701 North Second, where there is a small warehouse that is about to be demolished. This site is being redeveloped with a large mixed-use development of apartments and retail by developers Brick Capital.  This new project is being designed by Stuart Rosenberg Architects.

The development at 1701 North Second Street, at the intersection with Cecil B. Moore Avenue, will have 88 rental units in a six story building.  The first floor will have 8,500 square feet of commercial retail space. Thirty-two parking spaces will be underground and there will be indoor bicycle parking spaces.  A second-floor courtyard will be in the middle of the building, visible from Second Street. The sixth floor will have setbacks from the edge, creating new terraces. The roof will have an extended roof deck.  The exterior will have large factory-style windows and dark brick, with white walls around the courtyard. The building will have five small affordable units. The surrounding streets will have new street trees.

South Kensington is experiencing the most new development in Philadelphia, with many more of these apartment and mixed-use developments being built all over the neighborhood.  North Second Street and Cecil B. Moore Avenue are experiencing so much of this development, so it seems natural that some of this development would be at the intersection of both of those streets.  Further development should continue until all the vacant properties have been redeveloped.