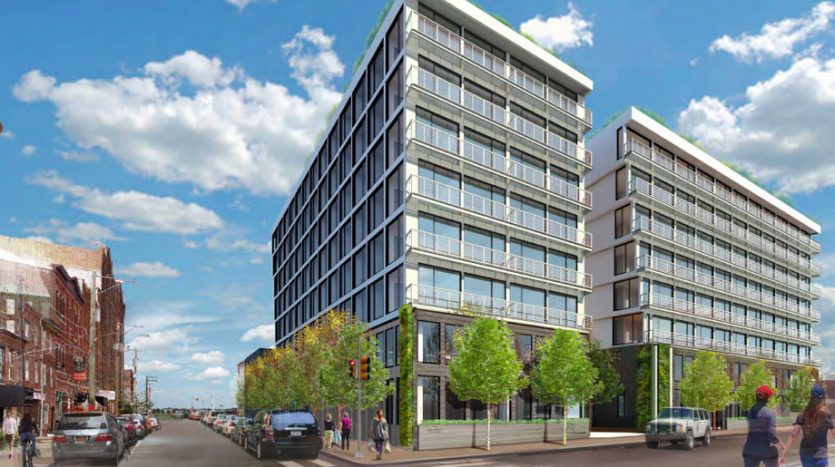 The development at 1700 Germantown Avenue will have two apartment buildings attached to each other and separated from an office building by a courtyard.  The residential buildings will have 138 rental units, retail on the first floor, 42 underground parking spaces, 52 bicycle parking spaces, and a fitness center.  They will be seven stories tall. The retail will include a fresh produce store. The parking spots will include three electrical vehicle charging spaces and two car share spaces.  The office building will be eight stories tall, with retail on the first floor and co working and community spaces above. The second floor is already rented to a company that produces building access technology.  The buildings will have green roofs and a roof deck. The courtyard will include stormwater rain gardens and an underground cistern and graffiti murals along the walls. The exterior will have large windows and be partially cantilevered over the courtyard for a very modern design.

South Kensington’s residential boom is only enhanced when that development includes office space which brings jobs back to Kensington.  These jobs are in modern high-tech and creative industries that are appropriate for Kensington’s old industrial buildings and now can find modern, newly built office space in the neighborhood.  The new development at 1700 Germantown Avenue is a sign that that kind of mixed use development will continue as Kensington continues to rapidly develop.