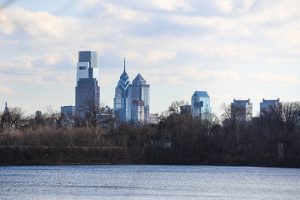 A former reservoir, which has been sitting vacant in eastern Fairmount Park for decades, is about to be transformed into a new nature center called the Discovery Center. The Discovery Center is being developed by the birdwatching club The Audubon Society and nature adventure society, Outward Bound. It is intended to be a place to observe, and learn about, migratory birds and for young people to learn about outdoor activity and leadership.

The new center will cover an area of about fifty acres, including the thirty-seven acre reservoir and surrounding land. The reservoir is on a hill above 33rd Street, and has been off limits for a long time. Since being decommissioned, it has become an important resting stop for migratory birds, and local birdwatchers in the community have been documenting the various species for some time now. So, this new center will be intended to educate residents, especially school children, of these bird species and their migration patterns. There will be observation platforms overlooking the lake, as well as, a canoe dock and a High Ropes Challenge Course for children who take part in Outward Bound’s programs. Both Outward Bound and The Audubon Society will have their offices in a new building built next to the lake, which will serve as a nature center with space for public events and education. The Discovery Center will, also, have incredible views of the Center City skyline. The construction and site restoration will cost about $17 million, with much of the money coming from a large grant from the William Penn Foundation. Construction has begun and is expected to be done early in 2017.

This new nature center will be a great new attraction for Fairmount Park and the nearby Fairmount, Brewerytown, and Strawberry Mansion neighborhoods. It will likely attract more families to nearby neighborhoods and raise property values and home prices in these neighborhoods, and increase investment opportunities there.