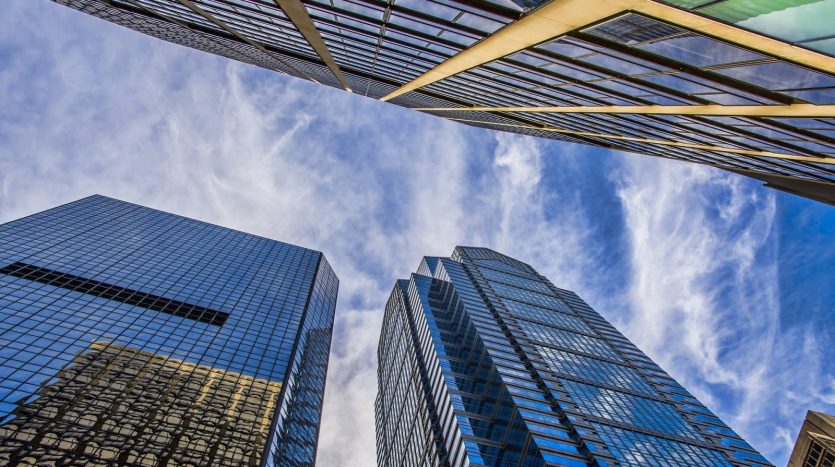 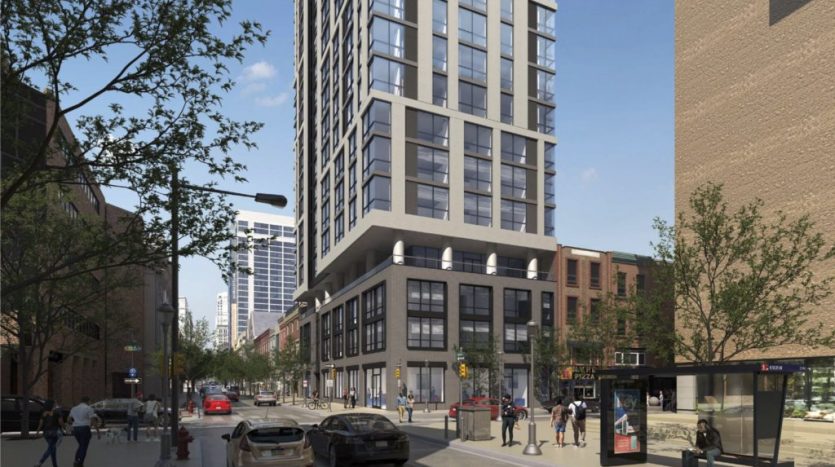 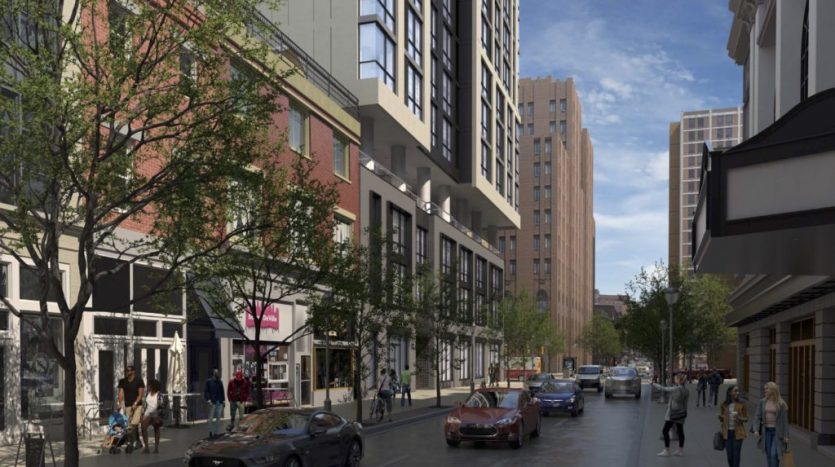 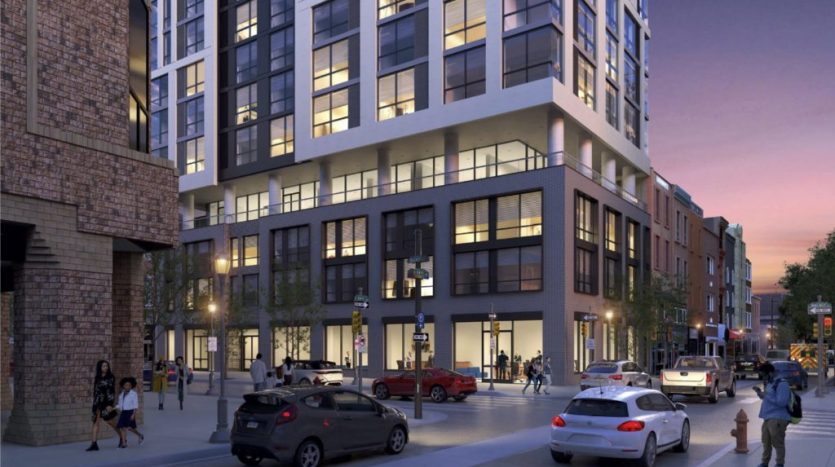 The northwest corner of 11th & Walnut Streets has had a one-story Wendy’s restaurant on it for a long time, providing affordable meals next to Jefferson Hospital. But that business closed a few years ago and developers bought the site to build a high-rise apartment building there. They received approval from city agencies to build a 23-story apartment tower there a couple years ago. However, the site sits across 11th Street from Jefferson’s helipad for emergency helicopters, which has led to the city imposing new regulations to limit the height of new construction nearby so as to clear a path for the emergency helicopters. This has caused the developers, who are identified as ARD1105 Walnut LLC, and their architects JKRP Architects to reconsider and redesign their planned apartment tower for the site. They are now proposing an apartment tower a little shorter and wider than their original plan, which means that the new development will now replace two additional buildings on Walnut Street, across from the Forrest Theatre.

The new tower will stand 18 stories tall. It will have 198 rental units and two retail spaces totalling more than 4,000 square feet, replacing the retail spaces on Walnut and 11th Streets that will be eliminated by the new construction, and with the residential entrance and lobby on Walnut Street, as well. The apartment units will include studios and one bedroom units on the second and third floors and then one bedroom and two bedroom units above the fourth floor. The fourth floor will have several amenities, including a fitness center and a terrace overlooking Walnut Street and the theater. The exterior of the tower will have a brick base and limestone and metal panels above. There will be 68 bicycle parking spaces in the building and 34 dedicated spaces for cars in the large parking garage at 12th & Walnut Streets on the next block.

The new tower will add many new residents to the Washington Square West neighborhood of Center City, Philadelphia. This new high-rise joins nearly a dozen new high-rises in the surrounding blocks, including around the corner from this tower and at the nearby East Market development. This tower replaces a small building while continuing the retail district along Walnut Street.

How Many Things Can You Include in a Home Warranty Plan?
2021 Philadelphia Holiday Events