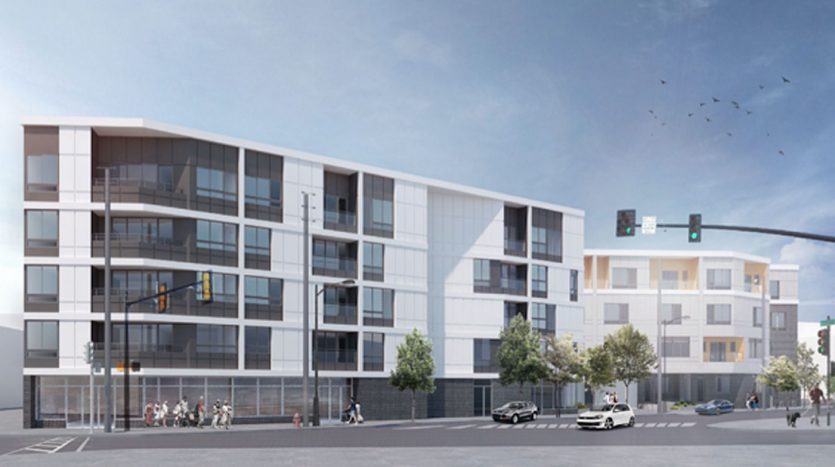 This new development will have a series of four-story buildings on American Street, which will have a total of 43 units.  These buildings will have a total of ten parking spaces for cars and fourteen spaces for bicycles. A five-story apartment building will be on Germantown Avenue, with 24 rental units and eleven car parking spaces and eight bicycles spaces, and a big retail space at Second and Germantown.  In-between the two buildings is a drive aisle to the parking. The corner of American Street and Germantown Avenue will have a small plaza, with benches, pavers, trees, and planters. The exterior has brick at the base and metal panels and terraces.

Northern Liberties, South Kensington, and Fishtown have been experiencing some of the most new development in the city.  The busy intersections around Second, Germantown, and Girard Avenue are an important gathering place for the surrounding neighborhoods.  Developing the remaining vacant lots in that area is an important development of progress.

Find out more about Northern Liberties and all the neighborhood has to offer. Call or text 215.692.6636 or email info@thecondoshops.com.