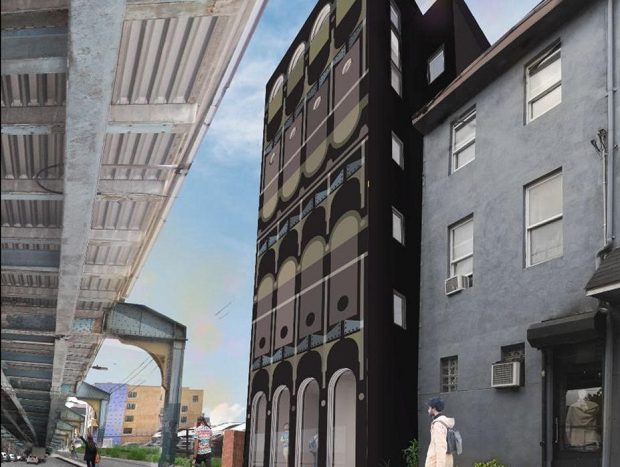 Redevelopment of long vacant parcels along North Front Street helps improve the neighborhoods of Fishtown and South and East Kensington.  New apartments and new retail, creative, and office space are important for North Philadelphia’s economy, all with easy access to Center City by the Market/Frankford line above.  A colorful mural adds to the creative environment of the surrounding neighborhoods and helps create a precedent that encourages private developers to contribute to Philadelphia’s preeminent collection of murals around the city.  The new apartment building at 1350 North Front Street is a welcome addition to the growing North Front Street corridor in North Philadelphia.