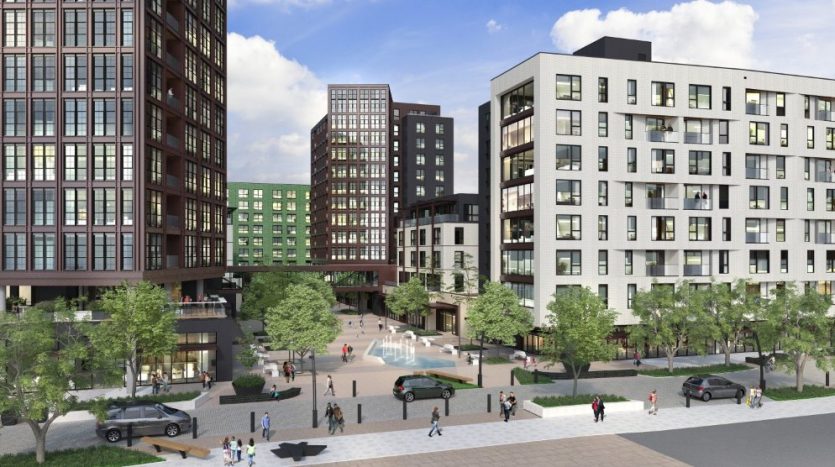 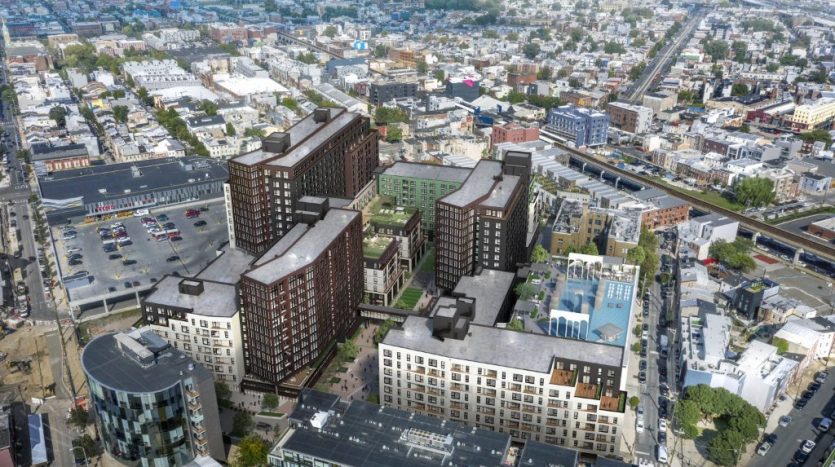 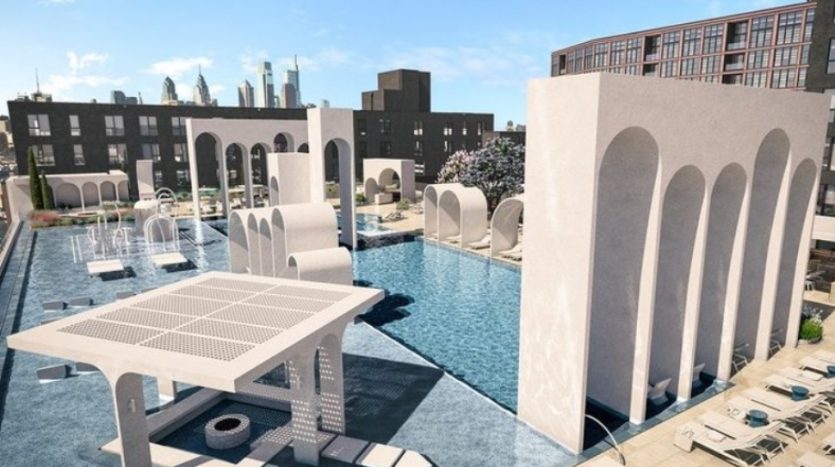 The intersection of North Second Street, Germantown Avenue, and Girard Avenue was once a deserted area of mostly vacant lots, including a large lot where the Schmidt’s Brewery used to be located. Developer Tower Development started building the Piazza development of mostly apartment buildings surrounding a large open piazza, similar to piazzas in Europe, many years ago. Across Germantown Avenue, a large vacant lot remained for many years, but now developers Post Brothers are developing this remaining land at the intersection of Northern Liberties, Fishtown, and South Kensington into a massive new neighborhood of luxury apartment buildings with a unique set of upscale amenities, known as Piazza Alta.

Piazza Alta, designed by BKV Group, will be made up of several connected buildings, including a 16-story high-rise and two 12-story high-rises, with 1,200 rental units, ranging from studios to four-bedroom units. Most units will have two entry closets and Electrolux washers and dryers. The kitchens have three color schemes to choose from, including “Sleek” (dark), “Scandinavian” (silvery), and “Timeless” (gold). The standard kitchen appliances are GE appliances, but deluxe upgraded kitchen appliances include Bertizoni oven/ranges, Bromberg dishwashers and microwaves, and Franke kitchen sinks with Hansgrohe faucets. The bathrooms have advanced shower heads, as well as, Gerber commodes and Gerber faucets.

The apartment complex has many luxury amenities, including a co-working lounge, a coffee bar, a BYOB bar with a patio, a golf simulator, a 24/7 concierge, a package room, and Tide drycleaners. The fitness center is very large and includes a ski simulator, an XForce machine, Peloton, and Hydrow rowing. There is a spa with hydro massage chairs, a sauna and steamroom, and a Glam room. The pool area, known as Aqua Foro pool club and designed by DIGSAU, is connected to the buildings by a skybridge and has some of the most extensive amenities. The large pool will have cabanas (including one with a fire pit), deck chairs, a splash pad, and ping-pong tables all in the pool. The pool deck will have additional cabanas, deck chairs, fire pits and tables, an outdoor kitchen, billiards and foosball. There will be courtyards, with artwork and fountains, within the complex and Germantown Avenue and Hancock Street will have retail space, which will include at least one restaurant.

The Piazza Alta development will have a major impact on the Northern Liberties, Fishtown, and South Kensington neighborhoods, bringing such a large amount of new luxury housing and amenities to a rapidly developing part of Philadelphia. This development also sets a new precedent for taller buildings in these neighborhoods, especially along the busy Market/Frankford line. 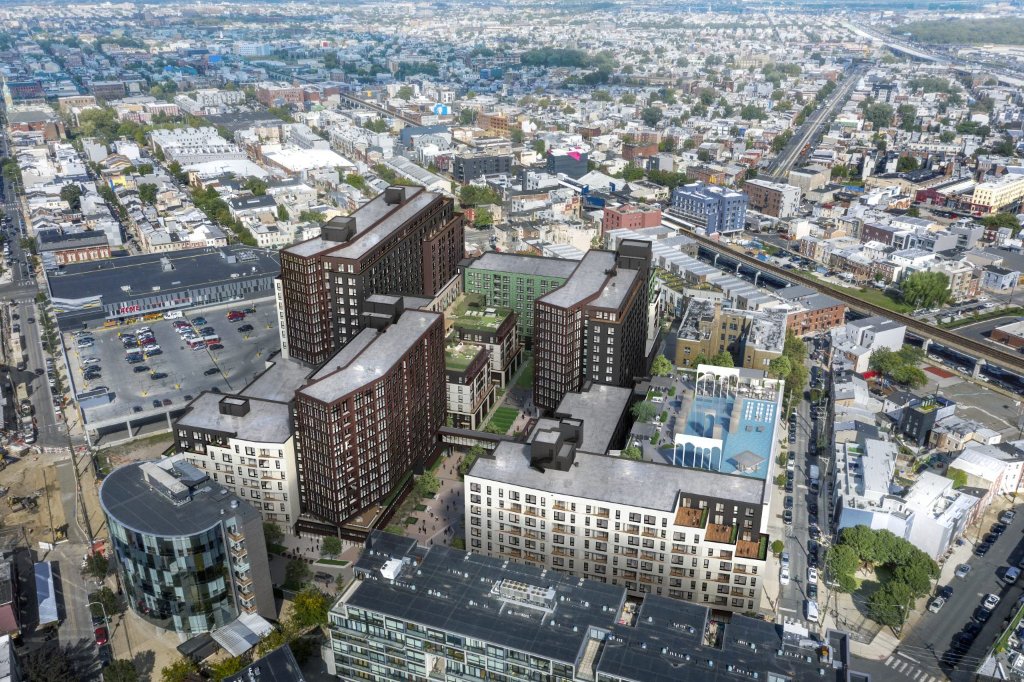 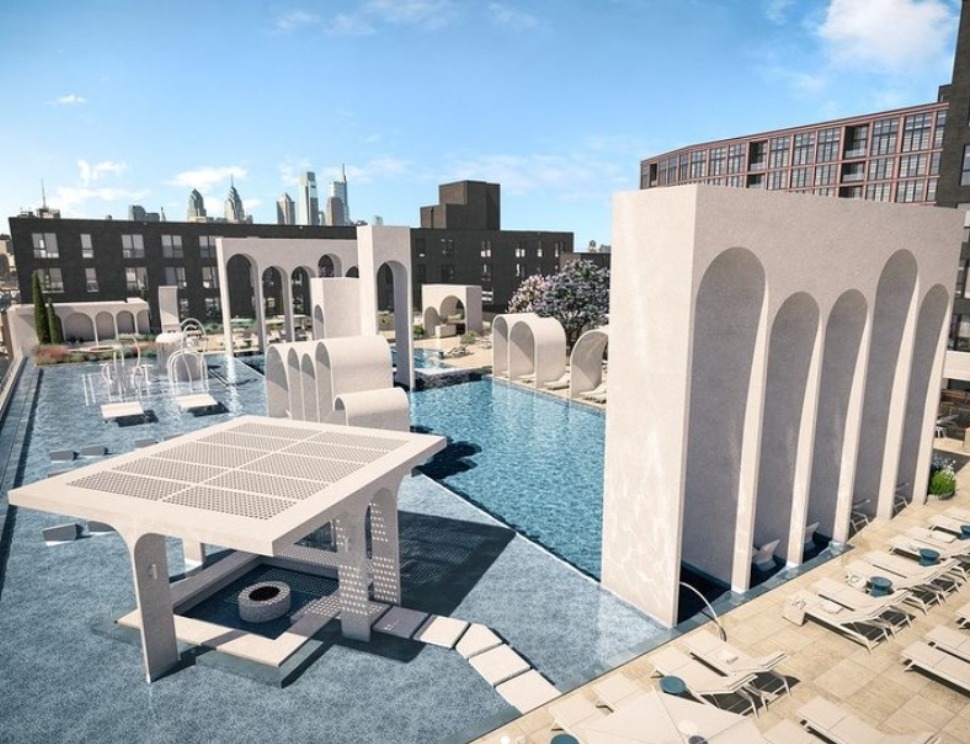 What Does the Rest of the Year Hold for Home Prices?
Why Today’s Housing Inventory Proves the Market Isn’t Headed for a Crash