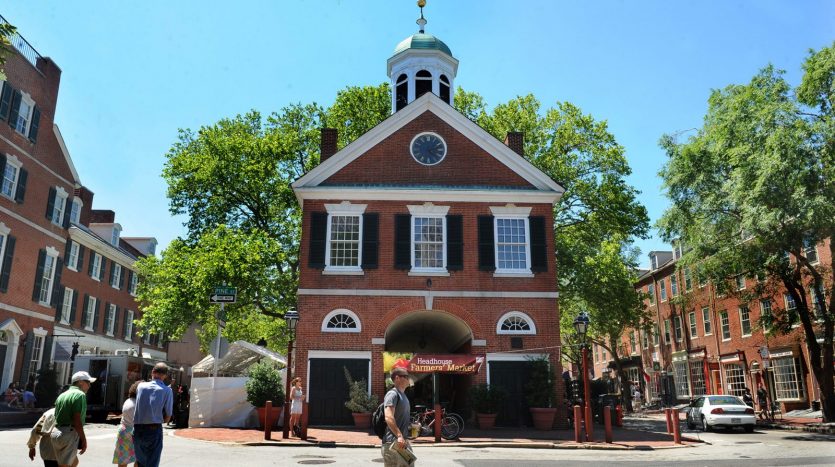 The Society Hill Civic Association has created a new plan for future development in the well-developed neighborhood, known as the Society Hill Neighborhood Plan.  This new plan was created by KSK Architects and Planners, Urban Planners, and Veridian Landscape Planning. The plan starts out by stating that Society Hill is “an iconic architectural tribute” to the late eighteenth and early nineteenth centuries, since the neighborhood has the largest concentration of architecture from that time period in the United States.  The new plan will, also, preserve history, preserve open space, preserve blocks of single family homes, and preserve “neighborhood character” by rejecting development that doesn’t conform to the neighborhood’s historic character. The plan would downzone sites, such as the Morris House Hotel, St. Mary’s convent,and Washington Square sites to prevent taller buildings at those sites.  Any new buildings along Walnut Street would be limited to 65 feet in height. Parking would be required for multifamily buildings with three or more units on RM1-zoned sites. Setbacks would be required above 38 feet for new buildings on blocks with townhomes. Brick would be required on many blocks. An open space committee is proposed.

Society Hill is part of the most historic square mile in the United States.  Neighborhood residents want to keep its appearance similar to what it has always been.  The Society Hill Neighborhood Plan reflects the view of a neighborhood which is very happy as it is.