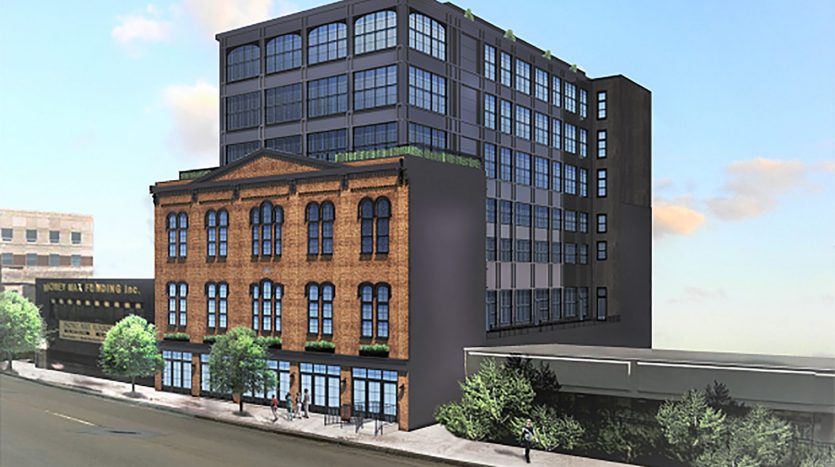 North Broad has been seeing a large amount of new development in recent years.  New apartment buildings, office space, retail, and entertainment have been developed or are seriously planned for the stretch of Broad Street from City Hall to north of Temple University.  The development includes renovation of existing, often historic, buildings and new construction. Some new developments include both renovation and new construction at the same property. One such development is at 631 North Broad Street, at the site of the former Edwin Hart horse stables that date back to the late nineteenth century.  Developer North Broad Living Management had bought the former stable and has converted it to apartments, including a large seven-story extension on the back. This new apartment complex was designed by Canno Architects.

North Broad is going to continue to develop.  New high-rise apartment buildings are being proposed.  The Divine Lorraine Hotel was recently renovated into apartments and the Metropolitan Opera House was renovated into a premier concert venue.  Near the Stable Lofts, a branch of the former Reading Viaduct was converted into the new Rail Park. Stable Lofts is just one of many properties that are prime for new apartment and retail development on, and near, North Broad Street.