Where to Eat in Philadelphia’s Reading Terminal Market 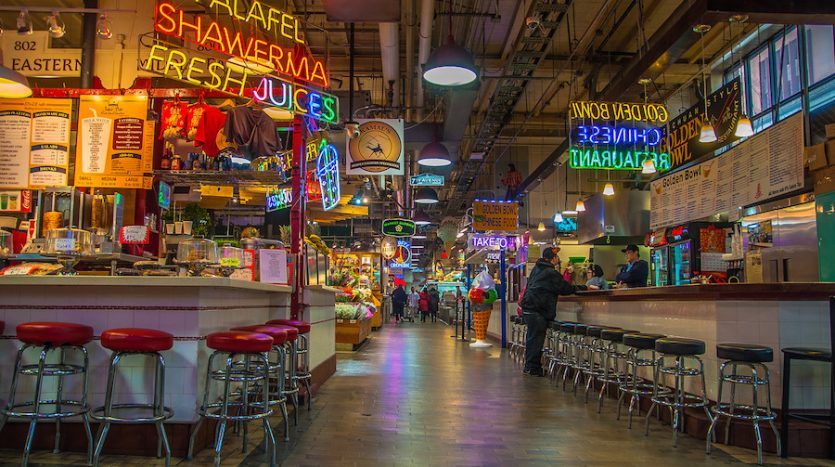 The heart of Philly’s food scene has been around for over 125 years. Here are some of our favorite places to shop, sip and dine in the historic food hall.

Philadelphia was built around its markets. The city has flourished and failed on the backs of its street grocers, the region’s farmers, and the 800 six-foot stalls that made up the original Reading Terminal Market.

Reading Terminal is a direct descendant of the original public markets that William Penn envisioned when he sketched Philadelphia into life — the open-air produce stands and grocers’ stalls that gave Market Street its name as they stretched six blocks from the Delaware River waterfront and into the core of America’s first city. It was the throbbing, beautiful, edible heart of the city for decades.

But the bad years came: the Depression, the obsolescence of the railroads. Bankruptcy and inattention nearly killed the place. But now, at 125 years old, Reading Terminal Market is more vital than it has been in half a century, sitting at the center of the Philadelphia region’s food system and our city’s conversations about what we eat.

Local farmers still bring their goods to the market, although more stands offer sandwiches to hungry conventioneers and tourists than dry goods and produce to city residents. But with a recent influx of new vendors, the market has more to offer locals than ever. Let’s go to market.